LibrEDA is a young libre-software framework for the physical design of silicon chips and tries to simplify the development of place and route tools. A strong motivation is democratization of silicon technology by making ASIC toolchains easily accessible for research, education and hobbyists.

Today's society and especially the internet stand on integrated electronic circuits. Practically all chips that run the internet today are proprietary and closed-source pieces of hardware. This is a problem for transparency, trust, security and digital sovereignty. To build open-source alternatives it is important to have open-source Electronic Design Automation (EDA) software. Since the underlying optimization problems are not only computationally complex but also complicated it is necessary to create a collaborative ecosystem. The framework approach of LibrEDA is an attempt to go into this direction.

Illustration of a simple digital chip layout created with the framework. The most visible parts are the wires that connect the standard-cells. 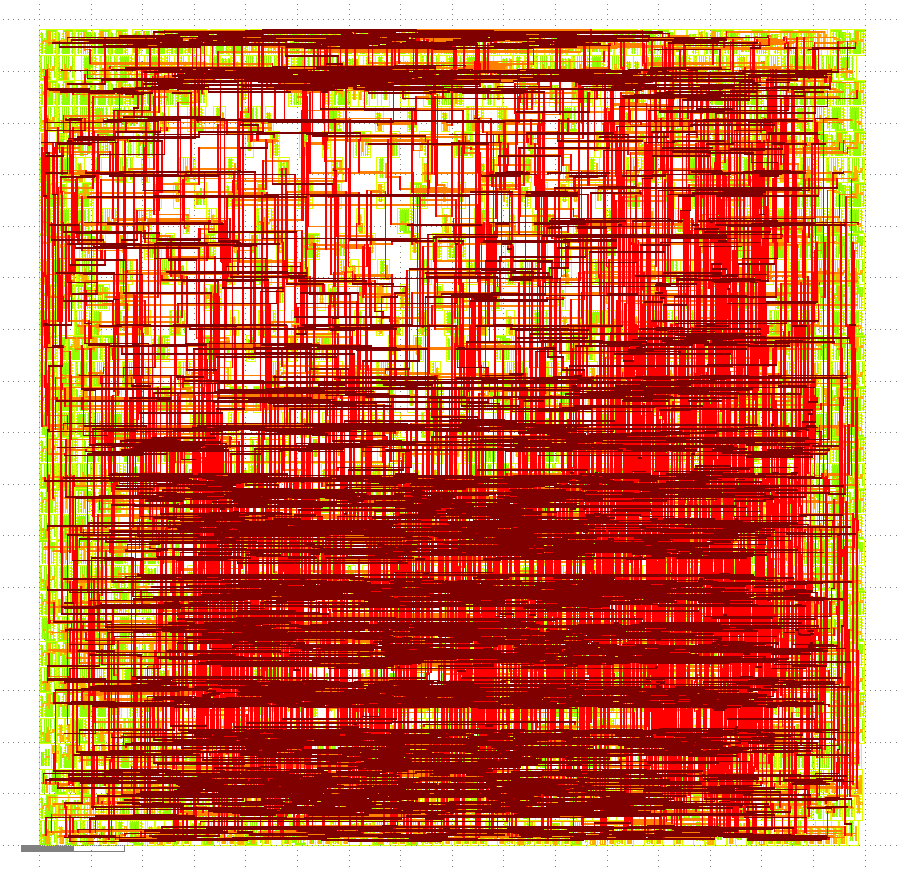 This project is funded by NLNet and NGI0

This project was funded through the NGI0 PET Fund, a fund established by NLnet with financial support from the European Commission's Next Generation Internet programme, under the aegis of DG Communications Networks, Content and Technology under grant agreement No 825310.